Summary of the acceptable biological catch (ABC) recommendations for several groundfish stocks, monkfish, sea scallops, red crab and skates; review additional issues discussed by the SSC, including rebuilding plans for Gulf of Maine cod and American plaice and the possible “spillover” of Georges Bank haddock in the Gulf of Maine

Update on development of the framework; the action will include specifications for fishing years 2014-2015 (default), AMs for Southern New England/Mid-Atlantic windowpane flounder and measures to address unused fishing year 2013 Closed Area I access trips

Consider approval of alternatives for further analysis; measures include the specification of an annual catch target, days-at-sea, and trip limits for the 2014-2016, and changes to the permit Category H boundary

9:15   Open Period for Public Comments (Council Chairman) Opportunity for the public to provide brief comments on items relevant to Council business but not listed on the agenda

Presentation and discussion of issues and options considered by a working group that has examined funding for at-sea monitors, including industry-funded monitors

Recommendations and discussion about an omnibus amendment that would simplify the current vessel baseline restrictions; meetings were held under the auspices of the Northeast Regional Coordinating Council

Although other non-emergency issues not contained in this agenda may come before this Council for discussion, those issues may not be the subject of formal action during this meeting. Council action will be restricted to those issues specifically listed in this notice and any issues arising after publication of this notice that require emergency action under section 305 (c) of the Magnuson- Stevens Act, provided the public has been notified of the Council's intent to take final action to address the emergency.

Times listed next to the agenda items are estimates and are subject to change.
The meeting is physically accessible to people with disabilities
Council member financial disclosure forms are available for examination at the meeting. 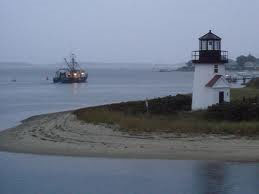